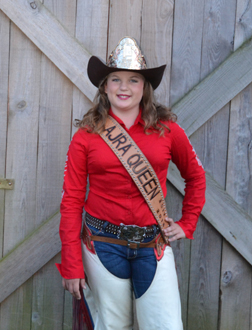 I just want to say thank you for being a company of your word. My daughter, Leila Ann, competes in Alabama Junior Rodeo in Barrels, Poles, Goat Tying, and Breakaway Roping. Leila is the current Alabama Junior Rodeo Queen. Her horsemanship pattern and score was the highest of all of the young cowgirls competing for Rodeo Queen. I give much credit to your Performance Paste as it did a wonderful job of helping Leila's mare maintain her calm and concentration. We also use the Performance Paste on our other barrel horses. It gives them the extra edge needed to compete. We love your products! 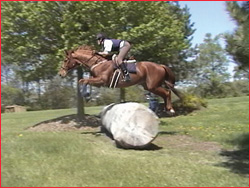 Sarah and Roswell clearing a jump with room to spare.

I just had to give you an update… In May, I increased Roswell's Joint Health Formula to prepare him for our first show back after being off a year and a half because I gave birth to my daughter. On the day of the event, I also gave him Performance Paste. I was blown away by Roswell's gaits. They were better than they had ever been in the five and a half years I have owned him. He came right out of the stall with no lunging, and showing normal Inflammatory responses. His gait had such freedom and regularity while being light, supple, and very engaged from behind. We put down the dressage test of a lifetime. If it hadn't been pouring down rain and I hadn't made a bad call while riding, we would have won that event instead of placing fourth. However, since the rain seemed to turn every jump into a water jump and the stadium into a huge pond, I was still more than thrilled with the results… 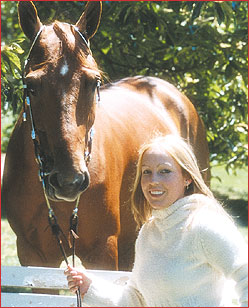